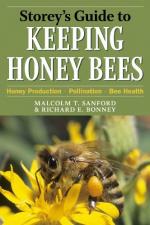 Get Sexual Encounters of the Floral Kind from Amazon.com
View the Study Pack

This student essay consists of approximately 3 pages of analysis of Sexual Encounters of the Floral Kind.

Sexual Encounters of the Floral Kind

Summary: Flowers are extremely biologically successful in terms of reproduction due to their amazing pollination strategies. Flowers all over the world pollinate some in more complex ways than others.

Sexual Encounters of the Floral Kind

All living organisms want to be biologically successful. You would think that

organisms, while animals can travel anywhere they want to reproduce with other animals.

Flowers however are extremely biologically successful due to their amazing pollination

strategies. Flowers all over the world pollinate some in more complex ways than others.

The Australian hammer orchid is one of the many unique pollinating flowers. The

Australian hammer orchid relies on the thinned wasp to allow it to pollinate. The male

wasps hatch a few weeks earlier then the female wasps, which is the key to the Australian

hammer orchid's success. The orchid imitates the female wasps, by producing a

pheromone and has the general shape of the female wasp. The young males, just being

born have never seen a female and try...

More summaries and resources for teaching or studying Pollination.