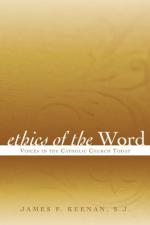 Get Symbols and Rituals in Catholicism from Amazon.com
View the Study Pack

This student essay consists of approximately 2 pages of analysis of Symbols and Rituals in Catholicism.

Symbols and Rituals in Catholicism

A symbol is something that stands for and suggests something else. Symbol comes from the Greek word that means "to throw together." It is unseen like a memory, an idea, or a feeling. Humans are the only ones who have the power and the imagination to think symbolically, to interpret and make sense of out lives, and to express in symbols our deepest beliefs and concerns. This includes sacred, symbolic, holy places,

Examples of symbols/symbolic places are a shrine, forest grove, temple, church, and mosque. This symbolizes the belief of the people. Sacred places are often considered to be reflections of the universe. The domes of Christian churches, often painted with stars, are symbols of heaven; the altar, a symbol of Christ. The inner sanctuary in Shinto shrines in Japan is a symbol of God. The prayer niches in mosques of Islam are the symbols of the presence of Allah. Machu Picchu, on top of the Andes mountains because it is symbolically close to the heavens and suggesting efforts humans must make to approach the sacred.

Rituals are symbolic actions that often express our deepest beliefs or concerns. Some rituals are very simple such as placing candles on a birthday cake or giving a teammate a high five after victory. Other rituals are the opening ceremonies of the Olympic Games or graduation ceremony have deeper and more complicated symbolism.

Rituals are at the heart of the human experience. We have developed rituals to celebrate, remember and express in a public way their deepest concerns, their most profound beliefs. It is found among human beings in every age and culture. It meets deep human needs of individuals and communities. They often mark transitions from one stage to another. They help us make sense of life's mysteries. Some characteristics of ritual are interpersonal, repetitive, and acted out.

Symbols and Rituals in Catholicism from BookRags. (c)2022 BookRags, Inc. All rights reserved.