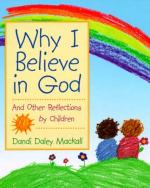 Get Religion in the Middle Ages from Amazon.com
View the Study Pack

This student essay consists of approximately 1 page of analysis of Religion in the Middle Ages.

Religion in the Middle Ages

Summary: Examines the important role religion played during the middle ages. Describes the stable influence of the church in everyday life. Details the leadership structure of the Roman Catholic church.
The stable force in life during the medieval times is the church. Shared beliefs in the teachings of the church bonded people together. The church provided Christians with a sense of security and a religious community to which they belonged. At the local level, the village church was a unifying force in the daily lives of most people. It served as a religious and social center. People worshipped together at the church.

Church structure consisted of different ranks of clergy, or religious officials. Clergy is a body of officials who performed religious services-such as priests. The pope headed the church in Rome. All clergy, including bishops and priests, fell under his authority. Bishops supervised priests, the lowest ranking members of the clergy. Bishops also settled disputes over Church teachings and religious practices. For most people, the local priests served as the main contact with the Church.

Sacraments were important religious ceremonies that led a person to salvation. An example is, Baptism. Through baptism, people became part of the church community. Also confirmation, baptized people publicly acknowledged their membership at the church.

Common law affected by all medieval Christians; kings and priests alike. It is the law of the church. (Ex. Marriage, baptism, confirmation). Punishment of breaking these laws took two forms of excommunication and interdict. Excommunication is banishment from the church and interdict is sacraments and religious services could not be performed in king's land. These punishments were viewed by the King's subjects as not being able to fulfill these sacraments, meaning damnation to eternal hell.

Religion in the Middle Ages from BookRags. (c)2022 BookRags, Inc. All rights reserved.