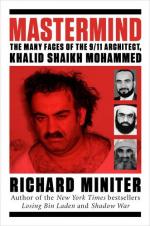 Get Muhammad, Prophet and Statesman from Amazon.com
View the Study Pack

Martin Lings
This student essay consists of approximately 5 pages of analysis of Muhammad, Prophet and Statesman.

Summary: Describes the life and achievements of the prophet Muhammad. Includes views from scholars. Explains many details of the Muslim religion.
Throughout the life of Muhammad he had many qualities that enabled him to interrelate with people. He was well known for his trustworthiness and superior qualities that were to later on help him achieve the greatest achievements both as a prophet and a statesman.

One of the biggest achievement of Muhammad as a prophet was the way in which he preached the message of Islam.

Muhammad was given `the literal, uncreated words of God' in which he had to spread them to the people of Mecca.

These words were given to in such a way that they could not be distorted, but he was still contradicted by many people of Mecca. It was evident that adversity would occur.

The first converts were Khadija, his wife, and Ali, his cousin. There was also Abu Bakr, one of the prophets' closest friends.

Among them were other younger sons of important...

More summaries and resources for teaching or studying Muhammad.