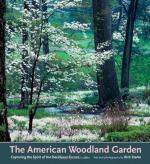 Get Deciduous Forest from Amazon.com
View the Study Pack

This student essay consists of approximately 2 pages of analysis of Deciduous Forest.

The animals adapt to the climate by hibernating in the winter and living off the land in the other seasons. Trees provide shelter, food, and water sources for them. There are many types of animals in the deciduous forest like the Bald Eagle, Coyote, and many types of insects. They even have squirrels; the European Red Squirrels lived in the European deciduous forest. Like all other squirrels, this Red squirrel is a rodent. It has strong teeth and sharp claws to help them climb trees. The red squirrel has a long bushy tail that he uses to balance his weight while climbing a tree. The squirrel is about 36.5 centimeters long. If the squirrel is mad, it wags its tail back and fourth like a flag. The Red squirrel lives about 4-6 years. They do not hibernate but stay in their nests called Dreys while it's cold. They feed on seeds, acorns, hazelnuts, and chestnuts. They also eat fungi, berries, and caterpillars.

In autumn, squirrels burry seeds and nuts for the winter. The European Red Squirrel predators are birds of prey. The red squirrel is mostly a herbivore and it will eat bird eggs and sometimes nestlings too. The European red squirrel has become extinct throughout most of England and Whales. The reason of the extinction is because they cannot adapt to the environment that the grey squirrels created. They are also endangered because their habitats are being destroyed. We need to lower the grey squirrel population to keep the European red squirrels alive.

More summaries and resources for teaching or studying Deciduous.