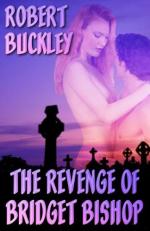 Get Witchcraft in Salem from Amazon.com
View the Study Pack

This student essay consists of approximately 2 pages of analysis of Witchcraft in Salem.

Summary: Discusses Stephen Vincent Benet's essay, "We Aren't Superstitious." Explores the history of the Salem witchcraft trials.
Witchcraft is rarely talked about in our society today. In Early America, witchcraft was rarely talked about. Many people in history believed that there was evil within a person. In Stephen Vincent Benet's essay, " We Aren't Superstitious," he discussed how many people from Salem, Massachusetts were not at all superstitious, but they were just wrongly informed avout information that was given to them about witchcraft. The people of Salem were only concerned about what was going on. The essay describes how the communities of Salem were conveying and ignorant.

When Sarah Good went to trial because they accused her of using witchcraft, many people questioned what was going on. They explained how they knew about witches and they became "wiser" on recognizing who was and was not a witch. With this, the people of Salem were confident and sure they knew who was good and evil. When listening to others on their pint of view on things, you at times change your opinion on what you know and apply it to others around you. They believed their ministers and everyone who was in charge. They were very convincing and felt that what they were doing was right.

Before this occurred, Benet describes how the citizens of Salem were different. They lived a normal life; they had no worries and lived it very simply. They weren't in formed about witchcraft. They never thought about others being witches. Since they were Puritans, they felt they knew their surroundings. It was a well-kept community and had a lot of positive attributes with it. Their way of living was well organized and felt protected with the people in charge. When learning that someone in the community is using witchcraft, you're going to believe the others in charge, not a person who was accused of it. The people of Salem relied too much on their small government they had.

The people of Salem were not clear on what truly had happened within the community. Not trusting themselves and relying on others destroys the confidence they have on themselves. Confidence plays a huge part in a person's life and when someone brainwashes you, you no longer rely on yourself. Many people of Salem did not think for themselves. They thought only on what others may thing of the results of the trials.