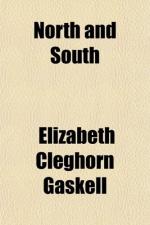 Get Evolution of American Literature from Amazon.com
View the Study Pack

This student essay consists of approximately 2 pages of analysis of Evolution of American Literature.

Summary: Describes the development of American literature. Examines the effect of Puritan society on early writings.
First writings about the new continent-stories written by sea captains, not always true to the point. They were told and written aiming at making things interesting, by fact were exaggerated(for example according these stories giant tigers lived in America). These stories were of little or no used at all. The first narrative which gave true to life facts about the climate, the flora and fauna of the American lands was written by a sea captain, John Smith, who was very useful to the future settlers. John Smith him self is one of the founders of the first colony James Town in Virginia (The story about the Indian princess Pocahontas who saved the life of English settler and the whole English colony is historically true. John Smith was Pocahontas beloved). Puritan Literature-the first puritan colony (Massachusetts was established in 1620 when puritans from England sailed on the Mayflower ship). They wanted to exercise their religion freely, to establish strict laws which had to be abided by everybody living in their closed societies.

In fact the first writings produced in America were puritan preaching's and things a person should or shouldn't do in order to be a good Christian.

The people who thought otherwise were declared snakes and were punished in different ways. During the 30th of the 17 century the Harvard University founded with money graciously given by John Harvard an emigrant from Stratford-upon Avon.

The puritans knew that the printed word could be more easily spread and soon they imported a printing press. From that time on theology text books in English and Latin were printed.

There are two sides of the strictness of puritan societies. On the one hand life was hard in the colony and around it.

Only well-organized, following the local laws people could survived the hard ships, the Indian attacks and thus could prospered. On the other hand the puritans wanted complete subordination, the leaders of the colony and the church should be abided without any discussion; no one has the right of a difference in mind. Everybody who dared to express personal opinion was considered a traitor, a snake, a heretic. No many making was allowed, no theatre, little music, no bight clothes.

At the end of the 18 century they were many young women killed because they were considered witches. The town of Salem is still famous for these trials.

More summaries and resources for teaching or studying American literature.