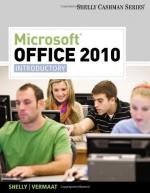 Get Microsoft from Amazon.com
View the Study Pack

This student essay consists of approximately 1 page of analysis of Microsoft.

Summary: Describes the founding of Microsoft. Provides a brief summary of its rise to the top of the software industry.
Company: Microsoft

Location: started in America but now its worldwide

Microsoft was founded by Bill Gates and Paul Allen. They made a partnership in high school through their hobby of programming on the PDP-10 computer from the digital equipment corporation. They first worked together on the first version of the BASIC programming for Altair, the first personal computer. This led to the development of Microsoft in Albuquerque, New Mexico in the same year. In 1979 Bill and Allen moved the company to Redmond, Washington State, a pace bordering their hometown Seattle. Allen had to give up his job because of health reasons. Microsoft grew from 15 employees and $500,000 in revenues in 1978 to over 22,000 employees and $11.4 billion in revenues.

In 1981 Microsoft took its first step in changing beyond the programming languages market when it released MS-DOS. In 1981 Microsoft and IBM ended 10 years of partnership when they went their separate ways. Microsoft had announced Windows 3.0 in 1990, after that was Windows 3.1 in 1992. Windows NT released in 1993. In August 1995 Windows 95 was released. They estimated 7 million copies of Windows 95 were sold throughout the world within 2 months of it being released. Bill Gates had become a billionaire and soon the world richest man.

More summaries and resources for teaching or studying Microsoft.