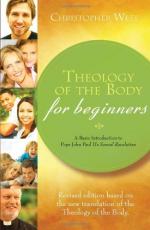 Summary: Provides a short biography of Pope John Paul II. Describes his birth, education and entrance to the seminary. Explores his 26 year tenure as pope.
Karol Jozef Wojtyla was born on May 18, 1920 in Wadowice 50km from Krakow. He was the second of two sons. All the immediate members of his family died by the time he was 21. He had his first Holy Communion at age nine and was confirmed at age 18. He graduated from high school in his hometown. Then he went on to study drama in the Jagiellonian University in Krakow. The Nazi's closed the university so Karol had to work in a quarry and chemical factory.

During World War II he took secret seminary courses run by Cardinal Adam Stefan Sapieha, archbishop of Krakow. After the war ended he kept studying for the priesthood until he was ordained in November 1946. He went to Rome to work for two years and then came back to Poland to later become a professor in theology in both Krakow and Lublin. In 1958 he was appointed Auxiliary Bishop of Krakow. In 1964 he was nominated Archbishop of Krakow and made Cardinal in 1957.

Karol Wojtyla became Pope of the Roman Catholic Church in 1978 and changed his name to John Paul II. In the twenty-six years that he has been pope, he has accomplished many things despite attempts to kill him. He was instrumental in helping to defeat the communist government in Poland. He has traveled to more places than any other pope and continually tried to bring churches together and work toward world peace. Pope John Paul II is respected by all Catholics and many world leaders. He continues to work for a better world and to bring people to God.