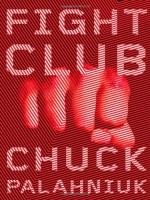 Get Nihilism in The Fight Club from Amazon.com
View the Study Pack
View the Lesson Plans

Chuck Palahniuk
This student essay consists of approximately 6 pages of analysis of Nihilism in The Fight Club.

Nihilism in The Fight Club

Summary: Examines the Hollywood Film, Fight Club, starring Brad Pitt and Edward Norton, and directed by David Fincher. Discusses the philosophy behind the film, focusing on nihilism. Reveals the role of fate in the film.
Nihilism behind fight club

Fight Club was produced in 1999, and was directed by David Fincher. It is about a nameless main character with no friends or family and suffers from a sleeping disorder. He goes to support groups for cancer and other diseases to relieve him of stress by expressing his emotions. Only then is he able to get a good night sleep. Later he soon notices that a woman named Marla Singer is doing the same thing as him, which he finds irritating and prevents him from getting sleep. His job requires him to go on several business trips, and on his last flight home he meets a man name Tyler Durden. When he returns to his apartment he finds out that there was an explosion on his level, leaving him without a place to stay. Since he has no family or friends, he calls Tyler Durden...

Nihilism in The Fight Club from BookRags. (c)2022 BookRags, Inc. All rights reserved.