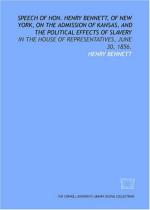 Get Slavery, Abolishment and the Struggle of African-Americans from Amazon.com
View the Study Pack

This student essay consists of approximately 4 pages of analysis of Slavery, Abolishment and the Struggle of African-Americans.

Slavery, Abolishment and the Struggle of African-Americans

Summary: A timeline of the African-American experience in North America, beginning with slavery and covering its abolishment as well as racial discrimination. Details how and why blacks were used as slaves in British colonies, their transfer to North America for the same purpose, the long struggle against slavery, and the Civil War.
The extensive use of African labor in Brazil and the Caribbean by the Spanish for farming purposes during the 16th and 17th centuries led British and other European colonists to do the same in North America, where Native American and indentured servant populations were insufficient to meet the demands for agricultural labor. Most blacks brought to North America were used to produce the export crops (tobacco, rice, indigo, and cotton) that became a major source of wealth for European nations and their colonies.

Sadly, the English settlers of North America turned to black slavery to solve their labor shortage. Spain forcibly brought at least 100,000 Africans to Mexico during the 16th century, although England did not engage extensively in the slave trade until the Royal African Company was established in 1663.

Although a few free Africans came to colonial America as indentured servants in 1619, their status was different than that...

More summaries and resources for teaching or studying Slavery.

Slavery, Abolishment and the Struggle of African-Americans from BookRags. (c)2021 BookRags, Inc. All rights reserved.