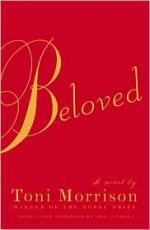 Summary: The atom was once thought to be indivisible, but its fissionability may be the thing that brings the earth to an end along with all beings. Toni Morrison's 'Beloved' resists repetition of the myth of the Fall and of Adam, while affirming it. Pre-Oedipal desire can be seen in the disaster. 'Beloved' tries also to deal with infanticidal violence of the father. The novel is about learning to see that the world denies its infanticidal appetite and does not see abjection imposed on a slave. 'Beloved' dramatizes the abject need that feeds the relation of master to slave.
Atom, what cannot be cut, from the Greek a- +

temnein, from the Indo-European tem-, to cut.

Used of animals it means "to cut up, cut in

Temenos, also from the Indo-European tem-, was

"cleared and holy ground around a temple, for

Adam, from the Hebrew word for earth, adamah.

The atom, once thought to be indivisible, now threatens a catastrophic division, its fissionability able to be the means of an absolute desecration, an apocalyptic destruction of the earth, of the very ground of being, individual and collective. If this atom is also Adam, however, then the "post-nuclear age" repeats the time of the Fall.

Toni Morrison's Beloved both resists and affirms the fearsome repetition of the Fall's mythic origin. For the novel recognizes in the disaster that inaugurates the Judeo-Christian account of human history the means of representing a...