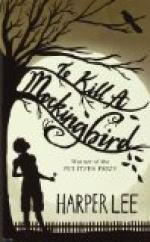 Get Atticus Finch from Amazon.com
View the Study Pack
View the Lesson Plans

Summary: Essay provides an analysis of Harper Lee's "To Kill A Mockingbird."
Atticus is portrayed in the novel as a man of legal, social, just, and loyal principles. He lives a life of humility and modesty; even so, he was a well-respected member of the Maycomb community, not only for his intelligence, but also because of his moral values, discernment and for his bravery.

It is plain to see that Atticus knows who he is, and he doesn't change to suit the likings of others, but remains who he is and would have others respect him for that. "Atticus Finch is the same in his house as he is on the public streets."

Although Atticus Finch describes Mrs Dubose as the "bravest person I ever knew", it is Atticus himself who is the realm hero of the novel To Kill a Mocking Bird. Discuss

Indeed the meaning of the name Atticus has a large contribution to the character he represents...