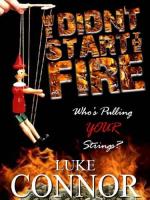 Get We Didn't Start the Fire from Amazon.com
View the Study Pack

This student essay consists of approximately 5 pages of analysis of We Didn't Start the Fire.

We Didn't Start the Fire

Summary: An interesting analyzation of Billy Joel's, "We Didn't Start The Fire" hit. It breaks down four topics listed in the tune and states them in detailed descriptions.
Many ballads have tried to capture history within words, but none have been able to fit so many interesting occurrences into one particular song as did Billy Joel. Included in his captivating canticle, We Didn't Start The Fire, are many incidents that have happened all over the world at different time periods during the Cold War. The history of Julius and Ethel Rosenberg, Wladziu Valentino Liberace, Sergey Sergeyevich Prokofiev, Belgians in the Congo, and the sudden spark of Punk Rock Music are all crucial pieces to a never-ending puzzle in both lyric and world history.

The most intriguing affair of espionage, secret, and spy work dealt with the Manhattan Project, also known as the atom bomb project, involving Julius and Ethel Rosenberg.

Igor Gouzenko, a code specialist connected to the Soviet Embassy, was to be recalled to Russia. Instead, he defected to Canada, taking with him documents...

More summaries and resources for teaching or studying We Didn't Start the Fire.

We Didn't Start the Fire from BookRags. (c)2021 BookRags, Inc. All rights reserved.