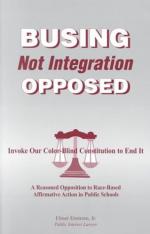 Get Affirmative Action Speech from Amazon.com
View the Study Pack

This student essay consists of approximately 3 pages of analysis of Affirmative Action Speech.

Summary: The following provides a speech outline on affirmative action.
I. Introduction

A. There are two kids applying to a college. Both have the same GPA, extracurricular activities, and test grades. They should score the same on their admission policies, but one has a grandfather who came from Mexico. That person qualifies as being a poorly represented ethnicity and all of the sudden qualifies for acceptance when the other person does not. That just isn't fair.

B. Affirmative Action is a poor attempt of ending racism because it is in fact only justifying racism by its own actions of taking preferences.

C. Today we will go over three main areas involved with why affirmative action is such a poor policy:

2. Its unfairness towards you and me.

3. and Because it is unfair to give special privileges.

More summaries and resources for teaching or studying Affirmative action.