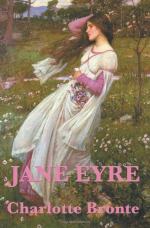 Get Victorian Values in "Jane Eyre" from Amazon.com
View the Study Pack
View the Lesson Plans
Related Topics
The Professor (novel)
On the Death of Anne Bront

Summary: Essay gives a description of Victorian values about womanhood relared to sex, marriage and work and their reflection in "Jane Eyre" by Charlotte Brontë.
1) The Victorian Age: Social Background

There are tow dates for the beginning of the Victorian Age in England:

The first date is 1837, when the Queen Victory accessed to the British throne. However the most accepted date as the start of the Victorian Age is 1832, date of the First Reform Bill. This reform allowed the entrance of urban bourgeoisie or middle-class in the Parliament because the requirements for voting were simplified; there was an increasing number of population with the right to vote. This reform also broke up the monopoly of power in hands of aristocracy and landowners in the Parliament.

The end of this Age is placed in the turn of the century when Queen Victory died in 1901.

The Victorian Age is usually divided into three sub-periods:

The period in which Charlotte Brontë wrote Jane Eyre (1847) was Early Victorian period...