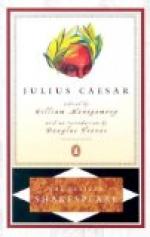 The story is told how he was captured by pirates while still at a young age of only twenty-two years old. They decided to payoff him off for twenty talents of gold but he explained that he was meant much more. Julius Caesar was also very smart.