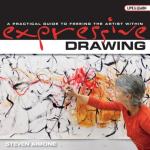 Get The Importance of Study Hall from Amazon.com
View the Study Pack

This student essay consists of approximately 2 pages of analysis of The Importance of Study Hall.

The Importance of Study Hall

Practically every student that wishes to go to college knows that their GPA is a crucial factor in determining whether or not they'll reach college. One may think that gaining another class could boost a student's GPA. However his or her GPA would most likely drop, simply because the student is too overloaded with work. For a student to maintain a high GPA, he or she would have to sacrifice a copious amount of time.

If a student's free time is converted to virtually pure work and study, then there is no room for creativity. Without creativity, mankind cannot advance. Galileo believed the sun was the center of the universe. Newton founded the laws of gravity. Edison created countless inventions we still use today. What do they all have in common? They were all brilliant minds who used their creative minds to advance mankind.

A student's efficiency would be greatly hindered if another class period replaced study hall. Students would have less time to work and study. In addition to that, the additional work from the extra class would expropriate even more from what little time a student has left. So where would they get the time to do all their work? Students would have to cut into their sleep time in order to complete their assignments, and since school typically starts relatively early, the end result would be a stressed out and restless teenager who's GPA will likely drop. Even worse possibilities could include failing a class, or even the dreadful possibility of suicide.

We students require study hall. Without a period for studying, our GPA, creativity, and efficiency will take a noticeable plummet.

More summaries and resources for teaching or studying Education.

The Importance of Study Hall from BookRags. (c)2022 BookRags, Inc. All rights reserved.