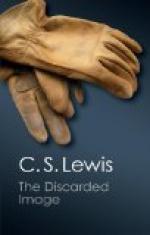 Get Theme of Death in Middle Ages Literature from Amazon.com
View the Study Pack

This student essay consists of approximately 2 pages of analysis of Theme of Death in Middle Ages Literature.

The mother in "The Wife of Usher's Well" mourns the death of her three sons who died while at sea. Her sorrow brings her sons back so she can see them for one more day. They appear at her door step wearing hats made from birch, which is a medieval symbol for one that has come back from the dead.

Both of these stories carried the theme of death not as a negative but as a symbol showing great respect for death. In "The Wife of Usher's Well" the sorrow from death is much lighter because the mother is given a sense of closure from her last visit. Sir Patrick Spens, through his death, is seen as a hero. From these tales, death is portrayed in a less horrible fashion.

More summaries and resources for teaching or studying Medieval literature.