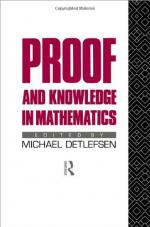 This student essay consists of approximately 1 page of analysis of Whirlybird Experiment.

In this procedure, I am trying to determine an appropriate parabolic model that fits the data I collected of whirlybird wing length vs. time, doing so by using first principles. Also to find out which wing length would produce longest flight time.

Firstly, I made a whirlybird model and timed how long it took to reach the floor from a certain height. This procedure was repeated several times, each time lessening the wing length and keeping the same height. For each wing length, the bird was dropped three times for maximum accuracy. Once this data was collected it was transferred into a graph, and strange points were excluded. After this an appropriate parabolic function was introduced, being as close as possible to the original points. The turning point was the place where the wing length would produce longest flight time.

More summaries and resources for teaching or studying Mathematics.