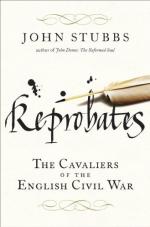 Get Why Did Civil War Break Out in 1642? from Amazon.com
View the Study Pack

This student essay consists of approximately 2 pages of analysis of Why Did Civil War Break Out in 1642?.

Summary: Short essay showing the reasons for the break out of civil war in England.
Charles I's character and attitude, especially towards Parliament have been highlighted as key factors in creating a situation in which civil war could break out.

One factor is his approach to obtain money using tax. He collected "Ship Money" without Parliament's permission from all the coastal counties. He later introduced the tax to inland counties as well.

Another factor of Charles' attitude towards Parliament is the attempted arrest of 5 MPs. He also arrested 2 MPs. Charles thought that God was on his side and no-one could argue with his actions. This changed Parliament's view of the whole situation and led to the civil war.

An important factor is the religious state at this time. Charles, a Protestant, married a Catholic which was not very popular and changed the view of the whole Protestant Religion in England. They thought he was bringing the Catholic religion back to England. Another religious...