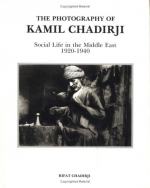 Get Social Life in the 1920's from Amazon.com
View the Study Pack

This student essay consists of approximately 2 pages of analysis of Social Life in the 1920's.

In the 1920s, there was a "rebirth" of the KKK and this "new" KKK was not only anti-black, but also anti-Jewish, anti-Catholic and anti-immigrant. This modern KKK was also more national; membership was highest in Indiana, a northern state, unlike in the 1860s when the majority of KKK members where from the south. Member of the KKK believed in white supremacy and that "America should stay American."

The 1920s were a time of "movement and action." Dancing became a very popular activity as well as the consumption of alcohol. People enjoyed watching movies, now with, sound and listening to jazz music.

More summaries and resources for teaching or studying Roaring Twenties.