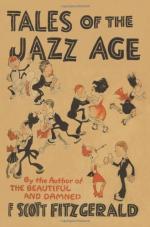 Get How the Events in the Jazz Age Lead to Events During the Great Depression from Amazon.com
View the Study Pack

This student essay consists of approximately 2 pages of analysis of How the Events in the Jazz Age Lead to Events During the Great Depression.

Summary: This essay explains how four events relate into different time periods: the Jazz Age and the Great Depression.
The Revival of the Ku Klux Klan:

In the late 1920's, stock values in the market boomed. Investors and brokers began to borrow money to buy stock. In fear that the boom would end soon, many shareholders began to sell off the stock. When the stock prices fell, brokers demanded money, forcing investors to sell stock. Late in 1929, prices of stock were declining steadily, causing frenzy in the market. The worst day of this crazy time was dubbed "Black Thursday," which occurred on October 24. The decline and confusion continued, and prices plummeted. The nation was in shock of this stock market crash.

The Formation of the New Deal:

All the crisis of the American economy had to be fixed. Frederick Roosevelt sent 15 proposals to Congress, and all were approved. This period of time lasted about three months, gaining the name the Hundred Days. It was a time of optimism and productivity. The laws Congress passed during the Hundred Days came to be called the New Deal. Because of the Great Depression and the Hundred Days, the New Deal was started.

The Creation of the Dust Bowl:

New technology allowed farmers to clear millions of acres of sod for wheat farming. Farmers didn't realize that the grass held the soil in. When a severe drought struck in 1931, most crops died and the heat dried the soil out. Prairie winds gradually blew harder, carrying tons of dust with them. This created harsh dust storms. The areas hit hardest came to be known as the Dust Bowl. Thousands of Dust Bowl farmers went bankrupt, gave up farms, and traveled out of the large area.

More summaries and resources for teaching or studying Jazz Age.

How the Events in the Jazz Age Lead to Events During the Great Depression from BookRags. (c)2021 BookRags, Inc. All rights reserved.