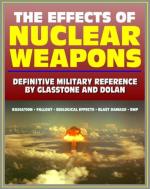 Get Argumentative on Use of Atom Bomb in WW2 from Amazon.com
View the Study Pack

This student essay consists of approximately 1 page of analysis of Argumentative on Use of Atom Bomb in WW2.

Argumentative on Use of Atom Bomb in WW2

The Soviet Union had already agreed to aid in the war against Japan in return for some pieces of land. During the conference at Yalta, Roosevelt promised Stalin the Kurile Islands, the Southern part of Sakhalin and various railroad facilities throughout Asia. Stalin agreed to these terms. The United States most likely could have convinced the Soviets to do all the dirty work, and invade and put down the Japanese entirely by themselves by simply promising them even more land. Even without make additional promises to the Russians, they had already agreed to fight. The United States could have waited just enough time so that the Japanese wasted all their suicide bombers on the Russian army, then invaded the country which was already severely weakened. The United States had already recaptured most of the Pacific islands that Japan had taken over and consequently destroyed most of the Japanese military force in the process. The use of the atomic bomb also would throw the Soviet Union into an arms race with the United States, which would later result in the Cold War.

It was most definitely not necessary for the Untied States to use the atomic bomb. They could have used the Russians to weaken Japan instead, and even kept the Russians happy be giving them some more land.

More summaries and resources for teaching or studying Nuclear weapon.

Argumentative on Use of Atom Bomb in WW2 from BookRags. (c)2022 BookRags, Inc. All rights reserved.