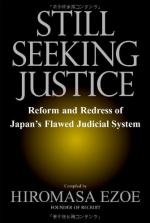 Get Should the Death Penalty Be Allowed? from Amazon.com
View the Study Pack

This student essay consists of approximately 1 page of analysis of Should the Death Penalty Be Allowed?.

Should the Death Penalty Be Allowed?

If someone has enough nerve to take the lives of others, then they too should have their life taken from them. Those are the people that simply do not deserve to live. Life is our most precious possession. this is exactly what Capital punishment does. Capital punishment lets all murderers know that they will have to abandon their lives if they take the life of someone else. More than 20,000 people are killed each year and to let the animals (you can't even call them humans) survive is unjust. The stricter our state is with its punishment, the more people will know not to commit murders. American citizens need to know that chastisements are proportionate and fair.

For each killing that occurs, 8 possible victims are spared. We can't risk the chance that execution does not save the lives of potential victims.

Since the United States does not have an official religious code to interpret right from wrong, we have to depend on our criminal laws. If the laws are not strict enough, as the Death Penalty is, it is too enticing for our criminals. Therefore making it easier for criminals to kill. Harsh, severe laws provide an important measure of society's values and morals.

How can the government be "soft on crime"" How can they let others kill innocent people? We have to enforce the Death penalty, because once again, life is the most precious thing one can receive.

More summaries and resources for teaching or studying Capital punishment.

Should the Death Penalty Be Allowed? from BookRags. (c)2022 BookRags, Inc. All rights reserved.