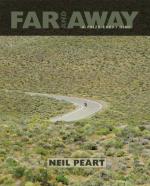 Get Far and Away from Amazon.com
View the Study Pack

Far and Away Essay | Essay

This student essay consists of approximately 1 page of analysis of Far and Away.

Joseph and Shannon Live in Boston in one small room.  The living conditions are very bad in the city.  At this point in time the government has not set living standards or any building codes yet.  This is one reason diseases were easily attracted.  At the time of the movie the conditions in most cities were the same.

The conditions in Boston were very bad.  The city was over crowded with immigrants of all kinds.  Rooms in buildings housed whole families.  People through there waste products out of there windows/doors and into the street were it sat until the rain came.  This is very unsanitary.  Many diseases were passed on this way.

I feel that in most circumstances the government should step in and help.  When they stepped in and regulated building codes it greatly improved may new buildings.  Also with the public health issues the government help with these regulations in the same manner as the building codes.  These artificial consequences have their advantages and disadvantages.

With the government regulating the growth of cities increase.  The cities were now better than they were before.  I feel with out government intervention cities and people would die out.

More summaries and resources for teaching or studying Far and Away.

Far and Away from BookRags. (c)2021 BookRags, Inc. All rights reserved.