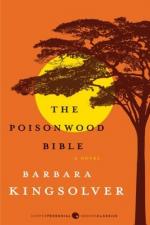 The word apartheid comes from the Dutch language meaning "apart-ness". This suggests the strict codes the Africans had to follow under the white man's rule. These rules restricted natural rights and opportunities of the black majority in Africa. Because of apartheid, African men could not own land, vote, or even live where they wanted. They were denied natural rights such as life, liberty, and happiness, and they were uneducated. Black women were worse off during this time. Black women held no political power and didn't hold any important positions elsewhere. They were restricted to the group called the Bantu Woman's League, which did nothing besides...