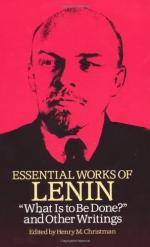 Get The Matrix (movie reflection) from Amazon.com
View the Study Pack

This student essay consists of approximately 2 pages of analysis of The Matrix (movie reflection).

Summary: Symbolism, allegories, in the movie, The Matrix, Neo
The Matrix

As I watched the Matrix I noticed that the Character's names were strange and had to have some sort of meaning. On the Internet I was able to learn what each name meant. I learned that the names are examples of religious allegories. Also, I discovered what each character symbolized.

Morpheus was used to symbolize God or the father. In one part of the movie, Tank said, "Morpheus, you were more than a leader to us. You were a father." I found that Morpheus is also a name for the god of dreams. During the movie I noticed Morpheus refer to the matrix as a dream and that humans are in a "dream world" where we are blinded from the truth.

The name Neo was used to symbolize Jesus, the son. This makes sense because Morpheus is like a father for Neo. Also, in the movie...

More summaries and resources for teaching or studying The Matrix.