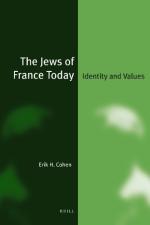 Get France Today from Amazon.com
View the Study Pack

This student essay consists of approximately 1 page of analysis of France Today.

Summary: This is an essay about life in France
France Today

France is a country in Western Europe. It is famous for its wine and cheese. People in France also enjoy croissants and different kinds of bread but baguette is the most popular. They also like truffles; a black, warty fungus that grow in the roots of oak and hazelnut trees. Truffles are really expensive and they use trained pigs to find them.

French people enjoy soccer; they also play basketball, volleyball, and rugby. Every year two-hundred professional racers compete in the Tour de France bicycle race. The Tour de France is for men only, but there is a shorter race for women.

France has the fastest passenger train in the world. It is called the TGV. It can reach a speed of 186 miles per hour. It makes transportation faster and easier. In 1987 construction began on a tunnel under the English Channel to connect France and Great Britain. In 1994 the Eurotunnel opened. Now it only takes three hours to travel from Paris to London by train.

More summaries and resources for teaching or studying France.