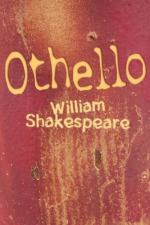 Summary: This is about racism and its position in Othello, and how Shakespeare himself was racially biased towards blacks.
"In the old age black was not counted fair, Or if it were it bore not beauty's name;"

The first two lines of William Shakespeare's Sonnet 127 accurately portray the Elizabethan attitude towards black people. Though England in the Elizabethan era may have overall been a flourishing nation, there was great tension between the black people and the white people. Shakespeare's play Othello takes place in England at that time. The prejudices held by some of the major characters in Othello epitomize Elizabethan racism, and could also provide evidence about Shakespeare's own biased racial paradigms.

"Because we come to do you service and you think we are ruffians, you'll have your daughter covered with a Barbary horse, you'll have your nephews neigh to you, you'll have coursers for cousins and jennets for germans. (Shakespeare act 1 sc. 1, lines 123-127)" In this sentence, Iago, the...