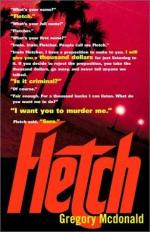 Get McDonald's: Evolution of the Food Industry from Amazon.com
View the Study Pack

This student essay consists of approximately 5 pages of analysis of McDonald's.

McDonald's: Evolution of the Food Industry

Summary: Essay consists of a description of the rise of the McDonald's corporation.
History

McDonald's has had a global impact on the food industry. McDonald's developed a revolutionary idea known today as fast-food. This impact began in 1930 when Maurice and Richard McDonald left New Hampshire seeking to make a fortune in Hollywood, started up a drive-in restaurant in San Bernardino. Unlike so many other food-service operations at the time, McDonald's came up with new ideas that turned the usual slow paced dinner into a finely tuned engine.

McDonald's offered only a nine-item menu with burgers, French fries, shakes, and pies. They also eliminated seating, and used paper and plastic utensils instead of glass and porcelain. Like Henry Fords assembly line, McDonald's incorporated this idea into their food service, letting them serve hamburgers in less then sixty seconds. The menu was extensively cheaper then competitors which due to the above changes.

Although the McDonald's business was doing well, it wasn't until 1954 when...

More summaries and resources for teaching or studying McDonald's.