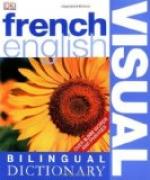 Men were wanted for the service, the paper had said—­men of courage and proved valour.  We had had too many bunglers already out there; it was now time that men of a different stamp should be forthcoming.

In his ears there seemed beaten the sound of a question and its reply.  Where had he heard those words, and when?

“Who will go up to battle against this proud foe?”

The light leaped into his eyes; his long, thin hands clasped and unclasped themselves as stirring thoughts swept over him.  He knew that there was a great struggle impending between England and her French rival upon the other side of the world.  Hitherto his battlefields had been in Europe, but a voice from far away seemed to be calling to him in urgent accents.  Away in the West, English subjects were being harried and killed, driven like helpless sheep to slaughter.  How long was it to continue?  Would the mother country be content that her provinces should be first contracted and then slowly strangled by the chains imposed by the boundless ambition of France?  Never, never, never!  The young officer spoke the words aloud, half raising himself from his couch as he did so.

There was a rising man now at the helm of the state; he had not the full powers that many desired to see.  He had to work hand in hand with a colleague of known incapacity.  Yet the voice of the nation was beginning to make itself heard.  England was growing enraged against a minister under whose rule so many grievous blunders had been committed.  Newcastle still retained his position of foremost of the King’s advisers, but Pitt now stood at his side; and it was understood that the younger statesman was to take the real command of the ship of state, whilst his elder associate confined himself to those matters in which he could not well do harm.

“If only it had come three years earlier,” breathed Wolfe—­“before we had suffered such loss and disgrace!”

The young soldier knew that an expedition had been fitted out a few months ago for Louisbourg in Acadia—­that French fortress of Cape Breton which alone had been able to resist the English arms.  The capture of Louisbourg had been the one thing determined upon by the tardy government for the relief of their colonies in the Western world.  It had been surmised that this action on their part would draw away the French troops from the frontier, and thus relieve the colonists from any pressing anxiety; but although there had been little definite news from the fleet so far, it began to be reared that the Admirals had mismanaged matters, and that no blow would be struck this season.

September had come—­a hot, sunny, summer-like month in England.  But Wolfe had heard something of the rock-bound coasts of Cape Breton, and he was well aware that if the furious equinoctial gales should once threaten the English fleet, no Admiral would be able to attempt an action by sea, or even the landing of the troops.