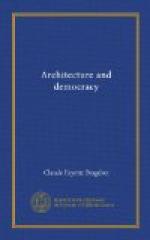 Plate XIV.  Song and Light:  An Approach toward “Color Music”

Every form of government, every social institution, every undertaking, however great, however small, every symbol of enlightenment or degradation, each and all have sprung and are still springing from the life of the people, and have ever formed and are now as surely forming images of their thought.  Slowly by centuries, generations, years, days, hours, the thought of the people has changed; so with precision have their acts responsively changed; thus thoughts and acts have flowed and are flowing ever onward, unceasingly onward, involved within the impelling power of Life.  Throughout this stream of human life, and thought, and activity, men have ever felt the need to build; and from the need arose the power to build.  So, as they thought, they built; for, strange as it may seem, they could build in no other way.  As they built, they made, used, and left behind them records of their thinking.  Then, as through the years new men came with changed thoughts, so arose new buildings in consonance with the change of thought—­the building always the expression of the thinking.  Whatever the character of the thinking, just so was the character of the building.

What is Architecture?  A Study in the American People of Today, by Louis Sullivan.

The world war represents not the triumph, but the birth of democracy.  The true ideal of democracy—­the rule of a people by the demos, or group soul—­is a thing unrealized.  How then is it possible to consider or discuss an architecture of democracy—­the shadow of a shade?  It is not possible to do so with any degree of finality, but by an intention of consciousness upon this juxtaposition of ideas—­architecture and democracy—­signs of the times may yield new meanings, relations may emerge between things apparently unrelated, and the future, always existent in every present moment, may be evoked by that strange magic which resides in the human mind.