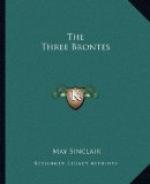 LIFE AND LAUGHTER ’MIDST THE CANNIBALS by Clifford Collinson

Yorkshire Herald.—­“This is a fascinating narrative of life in the South Seas, and emphasizes that fact proves more interesting than fiction....”

Spectator.—­“Mr. Maxwell sketches in a character, a scene, or an incident with remarkable rapidity and vividness ... his book is salted with a humour all his own.”

Times.—­“Mr. Benson is well-versed in the gentle art of sending cold shivers racing down other people’s spines.”

Spectator."These spook stories could not be beaten; every chapter makes one’s flesh creep.”

Daily Chronicle.—­“It is so vivid that it gives the impression of not being written at all, but spoken in that vivid, pawky, homely way which makes him ‘get over’ the footlights as no other artist can do.”

WITH LAWRENCE IN ARABIA

Daily Mail.—­“Recounts the extraordinary and almost legendary career of Colonel Lawrence.  His experiences indeed read like an ‘Arabian Night’ of the twentieth century.  He played his part marvellously.”

A Lay of the Higher Law

The Kasidah has been described by some of Sir Richard Burton’s admirers as his masterpiece, and this edition brings it within the reach of a much greater public than has been possible before.

THE SOUL OF THE WAR

The Author.—­“If there is any purpose in what I have written beyond mere record it is to reveal the soul of war so nakedly that it cannot be glossed over by the glamour of false sentiment and false heroics.”