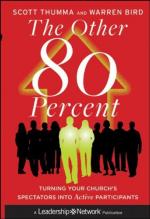 I am a young Woman and have my Fortune to make; for which Reason I come constantly to Church to hear Divine Service, and make Conquests:  But one great Hindrance in this my Design, is, that our Clerk, who was once a Gardener, has this Christmas so over-deckt the Church with Greens, that he has quite spoilt my Prospect, insomuch that I have scarce seen the young Baronet I dress at these three Weeks, though we have both been very constant at our Devotions, and don’t sit above three Pews off.  The Church, as it is now equipt, looks more like a Green-house than a Place of Worship:  The middle Isle is a very pretty shady Walk, and the Pews look like so many Arbours of each Side of it.  The Pulpit itself has such Clusters of Ivy, Holly, and Rosemary about it, that a light Fellow in our Pew took occasion to say, that the Congregation heard the Word out of a Bush, like Moses.  Sir Anthony Loves Pew in particular is so well hedged, that all my Batteries have no Effect.  I am obliged to shoot at random among the Boughs, without taking any manner of Aim. Mr.  SPECTATOR, unless you’ll give Orders for removing these Greens, I shall grow a very awkward Creature at Church, and soon have little else to do there but to say my Prayers.  I am in haste,

Lucian [1] rallies the Philosophers in his Time, who could not agree whether they should admit Riches into the number of real Goods; the Professors of the Severer Sects threw them quite out, while others as resolutely inserted them.

I am apt to believe, that as the World grew more Polite, the rigid Doctrines of the first were wholly discarded; and I do not find any one so hardy at present, as to deny that there are very great Advantages in the Enjoyment of a plentiful Fortune.  Indeed the best and wisest of Men, tho they may possibly despise a good Part of those things which the World calls Pleasures, can, I think, hardly be insensible of that Weight and Dignity which a moderate Share of Wealth adds to their Characters, Councils, and Actions.

We find it is a General Complaint in Professions and Trades, that the richest Members of them are chiefly encouraged, and this is falsly imputed to the Ill-nature of Mankind, who are ever bestowing their Favours on such as least want them.  Whereas if we fairly consider their Proceedings in this Case, we shall find them founded on undoubted Reason:  Since supposing both equal in their natural Integrity, I ought, in common Prudence, to fear foul Play from an Indigent Person, rather than from one whose Circumstances seem to have placed him above the bare Temptation of Money.