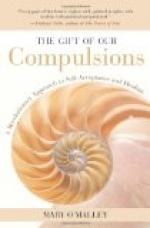 “Let me see,” said Mary, “Honor thy father and thy mother;”—­“Well, I am sure I do honor my father and my mother; I obey them when they give me a command, and I love them with all my heart.  What more can I do?”

“So I reasoned before, but when I sat down alone in my chamber, a good many things came to my mind, to convince me that I was wrong.”

“Well,” added Mary, “let me have the benefit of your reflections.”

“Why, in this very instance of going to walk, I had always asked my mother’s consent, and she had given it; but I never told her where we went, or who went with us, which now appears to me wrong.  Our mothers are much older than we are, and have had much more experience than we have, and there may be wrong in doing what appears to us quite harmless.”

“For the life of me,” interrupted Mary, “I cannot think there can possibly be any harm in such a slight occurrence.  However, say nothing to your mother to-night; but go with us to-morrow morning, and then you can mention it to her, and see what she says.”

“I beg your pardon, Mary; but you said just now, you could not see what possible harm there could be in so slight an occurrence, and yet your request to put off mentioning this to my mother, shows that you have some misgivings on the subject.”

Mary reflected for a moment.  “Clara,” said she, “if you have no objection, I will go home with you, and hear what your mother will say.”

“I shall be delighted to have you,” was the answer.

Mary Winthrop and Clara Spaulding had arrived at the ages of fourteen and fifteen years, a time of life which is peculiarly critical for girls.  At no age do they more require the advice of a mother, and at no age are they less inclined to seek it.  This would seem to be a natural disinclination, so prevalent is it.  These were both good girls, but, as may be judged from the conversation we have just related, Clara was the more thoughtful, while Mary was very apt to act without much reflection.  She possessed, however, this noble trait; she was always ready to acknowledge her error, when it was pointed out to her, and would endeavor to avoid repeating it.

Mrs. Spaulding had reached home when the girls entered.  She was a woman of excellent sense, and a mother indeed to her children.  Mary frankly told her all the conversation which had passed between Clara and herself, and then waited for her opinion.

“It makes me truly happy,” said Mrs. S., “that you have come to me in this free and open manner; and I am very glad that my dear Clara has reflected so much upon the text.  In itself, there is not much harm in taking a walk with William Johnson and George Field, and yet it is not proper for you to do so, without the knowledge and consent of your parents.  William and George are not bad boys, and perhaps would be called by people generally, good ones; still, I have remarked a certain levity in their manner, which if only occasional, might be called good humor, but which, recurring as it does at all times and on all occasions, the Sabbath not excepted, makes me fear that their training at home is not what I should desire to have it.  For this reason, Mary, I am not willing that Clara should be often in their company, nor do I think your mother would differ from me, should you ask her.”