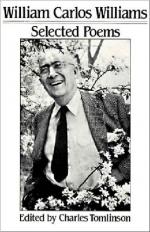 Get Critical Essay by Hugh Kenner from Amazon.com
View the Study Pack

Williams was not, like Dickens or like Faulkner, an impersonator. But the habit of listening to voices extended to his own voice, so that he could write down the way he heard himself phrasing things:

You hear the staccato phrasing of a taut voice. You also hear things speech wouldn't know how to clarify: the auditory relationships … with the white space prolonging the tension after "should"; and "open" floating between "immediate," which it clarifies, and "scissors," which it specifies (the delay of the white space again withholding "scissors" till we've had time to take "open" with immediate"). "A lady's," similarly, seems to go with "scissors" till round the corner of the line we encounter "eyes...

Critical Essay by Hugh Kenner from Gale. ©2005-2006 Thomson Gale, a part of the Thomson Corporation. All rights reserved.