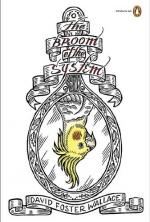 Get Critical Review by Kirkus Reviews from Amazon.com
View the Study Pack
Related Topics
Everything Is Green
The Other Two
Good Old Neon
The Soul Is Not a Smithy
This Is Water: Some Thoughts, Delivered on a Significant Occasion, About Living a Compassionate Life

The Broom of the System | Criticism

David Foster Wallace
This literature criticism consists of approximately 2 pages of analysis & critique of The Broom of the System.

In the following review, the critic finds that Wallace's first novel displays flashes of genius but also suffers from an immature and derivative style.

This unusual debut, the first novel to be published simultaneously in hard-cover and as a paperback in Penguin's "Contemporary American Fiction" series, suffers from a severe case of manic impressiveness. Wallace, a recent Amherst grad, is something of a puerile Pynchon, a discount Don DeLillo, and even a bit of an original.

Brimming with subplots, stories within stories, countless one-liners, and a cast of characters worthy of some sort of postmodern Dickens, this bulky fiction, when it isn't plain tedious, seems to be a big inside-joke. Almost every male in the book went to Amherst, from Rich Vigorous (class of '69), the head of Frequent and Vigorous...

More summaries and resources for teaching or studying The Broom of the System.

Critical Review by Kirkus Reviews from Gale. ©2005-2006 Thomson Gale, a part of the Thomson Corporation. All rights reserved.