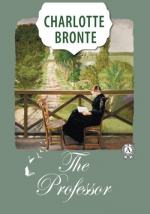 Charlotte Brontë
This literature criticism consists of approximately 39 pages of analysis & critique of The Professor (novel).

In the following essay, Plasa discusses the figurative representation of colonialism found in The Professor. The critic also explores Crimsworth's self-contained sexuality.

As we look back at the cultural archive, we begin to read it not univocally but contrapuntally, with a simultaneous awareness both of the metropolitan history that is narrated and of those other histories against which (and together with which) the dominating discourse acts.

The opening chapter of Charlotte Brontë's first novel, The Professor (completed in 1846 but published only posthumously in 1857), features a “copy of a letter, sent […] a year since” by William Crimsworth, the novel's first-person narrator and central protagonist, to Charles, “an old school-acquaintance” (5) whom he had known at Eton. While the letter is designed...

More summaries and resources for teaching or studying The Professor (novel).

Critical Essay by Carl Plasa from Gale. ©2005-2006 Thomson Gale, a part of the Thomson Corporation. All rights reserved.