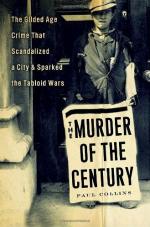 Get Critical Essay by Paulette D. Kilmer from Amazon.com
View the Study Pack

This literature criticism consists of approximately 11 pages of analysis & critique of Gilded Age.

SOURCE: “News and Fiction: Prescriptions for Living,” in The Fear of Sinking: The American Success Formula in the Gilded Age, University of Tennessee Press, 1996, pp. 1-7.

In the essay below, Kilmer discusses the popularity of the “rags-to-riches” success formula during the Gilded Age, suggesting that news items as well as bardic tales featuring these types of formulaic plots often served as reminders to readers that “honor, public esteem, and fidelity could not be bought.”

Such opening phrases as “Once upon a time” or, in a newspaper, “The following story comes well authenticated from Trenton, Tennessee,” alerted nineteenth-century readers to expect an outrageous sequence of events, followed by a moral. Editors of the time often launched bizarre reports with declarations of their veracity. For example, in October 1883, the Alexandria (Louisiana) Town Talk assured readers that trustworthy folks in Tennessee had witnessed the following train of events:

More summaries and resources for teaching or studying Gilded Age.

Critical Essay by Paulette D. Kilmer from Gale. ©2005-2006 Thomson Gale, a part of the Thomson Corporation. All rights reserved.