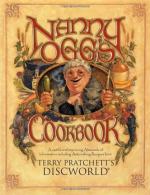 Get Interview by Terry Pratchett and Marianne Brace from Amazon.com
View the Study Pack

This literature criticism consists of approximately 6 pages of analysis & critique of Terry Pratchett.

SOURCE: Pratchett, Terry, and Marianne Brace. “May the Turtle Swim for Ever: Discworld without End; Not for Nerds.” Independent (18 November 2001): 16.

In the following interview, Pratchett discusses his feelings about the neglect critics have for the fantasy genre, as well as their seemingly poor opinion of his output.

While interviewing Terry Pratchett my recorder taped an hour of white noise and my watch lost a day and 25 minutes. Was the Thief of Time at work or were the Auditors of Reality, shady figures who ensure the Discworld universe functions efficiently, trying to tell me something?

Time must be a precious commodity to Pratchett. His output is staggering: 28 Discworld books, as well as other novels, screenplays and children's stories. Just out is The Amazing Maurice and His Educated Rodents his first children's Discworld novel. How does he find time to do it? According to his publisher, Patrick Janson-Smith, “Terry can...

Interview by Terry Pratchett and Marianne Brace from Gale. ©2005-2006 Thomson Gale, a part of the Thomson Corporation. All rights reserved.