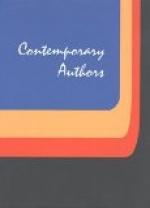 This literature criticism consists of approximately 1 page of analysis & critique of Rosemary Sutcliff.

Rosemary Sutcliff has won a reputation as a writer of historical novels for children which always show care and sensitivity and sometimes distinction. Her recent work has been rather sombre in tone and over ornate in style. The Silver Branch, a story of Roman Britain, is a sequel to The Eagle of the Ninth, and shows Miss Sutcliff at her best. The time is the close of the third century: the theme the recovery of Britain by Rome after the reign of Carausius and the coup of Allectus…. It is a carefully constructed book with a firm dramatic theme, many admirable descriptive passages and vivid characters. (pp. 658-59)

More summaries and resources for teaching or studying Rosemary Sutcliff.

Critical Essay by J. O. Prestwich from Gale. ©2005-2006 Thomson Gale, a part of the Thomson Corporation. All rights reserved.