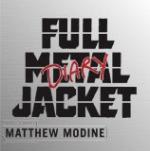 Get Critical Essay by James Stevenson from Amazon.com
View the Study Pack

In the following essay, Stevenson perceives Full Metal Jacket as based on Stephen Crane's The Red Badge of Courage.

There is one characteristic of Full Metal Jacket which virtually all film critics have overlooked. And, although they have touched on the realism beneath Stanley Kubrick's satire, they have not emphasized how completely realistic the boot camp scenes are. But, most importantly, what really eluded the critics was Kubrick's grand sense of the ironic. Kubrick did not just create a film with ironic scenes and flashes of the sardonic. He constructed a twentieth-century parody of a famous nineteenth-century novel, The Red Badge of Courage. Kubrick's film is a marvelous antidote to that classic book and subsequent film starring Audie Murphy.

Critical Essay by James Stevenson from Gale. ©2005-2006 Thomson Gale, a part of the Thomson Corporation. All rights reserved.