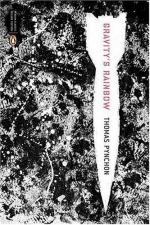 SOURCE: "Thomas Pynchon: 'Gravity's Rainbow' and The Fiction of Quantum Continuity," in Fiction in the Quantum Universe, The University of North Carolina Press, 1992, 282 p.

In the following essay, Strehle sees Thomas Pynchon's Gravity's Rainbow as a novel that renders a non-Newtonian world full of discontinuity, instability, and quantum unpredictability.

Nowhere in contemporary fiction is modern historical reality more carefully presented, or recent science more prominently explored, than in Pynchon's Gravity's Rainbow. Pynchon shares with other actualists an understanding of the new physical reality and a delight in exploring it in his fiction; his third and most complex novel is an important, perhaps even quintessential actualistic text. While some critics read it as a late-modernist exploration of self-reflexivity, most of the voluminous critical writing about this novel recognizes .. . not only the worldliness of Pynchon's text but also its use of a metaphorics based on the new physics.

Susan Strehle from Gale. ©2005-2006 Thomson Gale, a part of the Thomson Corporation. All rights reserved.