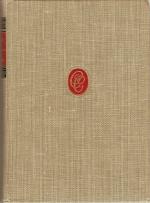 Get Critical Essay by John D. Yohannan from Amazon.com
View the Study Pack

This literature criticism consists of approximately 22 pages of analysis & critique of Omar Khayyám.

In the following essay, Yohannan suggests that the immense fin de siècle popularity of the Rubáiyát was due to its existential angst, which corresponded with the diminishment of religious faith in the latter half of the nineteenth century, and also due to its accessibility, as a brief and “middlebrow” poem.

A translated Persian poem, which was Edward FitzGerald's consolation against a melancholy life, became—even in his own lifetime—a literary fad in both England and America. After FitzGerald's death in 1883, it was to become a cult and indeed to produce its own anticult.

Some critics remained content to explain the extraordinary success of the poem in purely aesthetic terms: John Ruskin, for instance, thought it “glorious” to read;1 Holbrook Jackson saw...

More summaries and resources for teaching or studying Omar Khayym.

Critical Essay by John D. Yohannan from Gale. ©2005-2006 Thomson Gale, a part of the Thomson Corporation. All rights reserved.