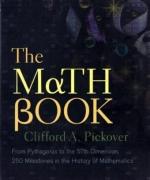 Get Critical Essay by Edward Hussey from Amazon.com
View the Study Pack

This literature criticism consists of approximately 21 pages of analysis & critique of Pythagoras.

In the following excerpt, Hussey examines evidence of the life of Pythagoras and the immediate impact of his thought on Graeco-Roman medicine, mathematics, astronomy, music, and philosophy.

'The Greek West' is a convenient name for what came to be called in antiquity 'Great Greece' [Magna Graecia): the area of Greek settlement in the Western Mediterranean, above all in Sicily and southern Italy. Most of the Greek cities there had been founded in the last half of the seventh century, but they received fresh waves of emigrants from old Greece throughout the sixth, especially from Ionia after the Persian conquest.

These young and often very prosperous Greek cities in the West were to the older Greek world at this time something of what America was to Europe in the nineteenth century A.D., an underdeveloped...

Critical Essay by Edward Hussey from Gale. ©2005-2006 Thomson Gale, a part of the Thomson Corporation. All rights reserved.