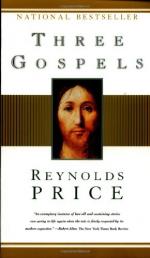 Get Critical Essay by George Garrett from Amazon.com
View the Study Pack

This literature criticism consists of approximately 5 pages of analysis & critique of Reynolds Price.

In the following review, Garrett praises the complexity and scope of Price's short stories.

Reynolds Price has been a significant figure on the American literary scene for more than 30 years. He has been recognized as one of our most gifted writers since his first published book, the novel A Long and Happy Life (1962), appeared and won the William Faulkner Foundation Award. (It has been in print ever since.) Well before that, in 1954, while he was still an undergraduate at Duke, he earned the attention, interest and practical support of the visiting writers Elizabeth Bowen and Eudora Welty for the story "Michael Egerton." A few years later, while Mr. Price was at Oxford on a Rhodes scholarship, Stephen Spender published his story "A Chain of Love" in Encounter.

Both of these tales...

More summaries and resources for teaching or studying Reynolds Price.

Critical Essay by George Garrett from Gale. ©2005-2006 Thomson Gale, a part of the Thomson Corporation. All rights reserved.