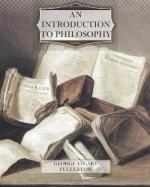 Get Critical Essay by Terence Irwin from Amazon.com
View the Study Pack

This literature criticism consists of approximately 9 pages of analysis & critique of Philosophy.

In the following essay, Irwin describes the content of Aristotle's Nicomachean Ethics, noting that the work analyzes traditional Greek ideals regarding the good life, the virtues necessary to be deemed an "acceptable and admirable" member of Greek society, as well as social problems and conflicts. Irwin also responds to common objections readers have had to Ethics.

Why Read the Ethics?

Aristotle's ethical works matter to the student of moral behaviour. Aristotle provides the closest and most detailed analysis of Greek attitudes and aspirations, modified and criticized from his own point of view. Traditional Greek ideals of the best life (i 5); the canon of virtues that made someone an acceptable and admirable member of society (iii-v); the problems and conflicts of social life (viii 13-ix 3)—all these are examined by a dispassionate and careful observer.

More summaries and resources for teaching or studying Philosophy.

Critical Essay by Terence Irwin from Gale. ©2005-2006 Thomson Gale, a part of the Thomson Corporation. All rights reserved.