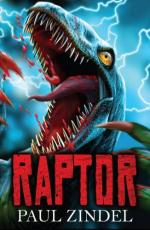 Get Critical Review by Laurie Winer from Amazon.com
View the Study Pack

This literature criticism consists of approximately 3 pages of analysis & critique of Paul Zindel.

In the following review, Winer compares Zindel's depiction of Chris Boyd in Amulets Against the Dragon Forces to J. D. Salinger's portrait of Holden Coalfield in The Catcher in the Rye.

Like J.D. Salinger, Paul Zindel cannot forget the turbulent years of adolescence. The author of a series of popular novels for young adults, Mr. Zindel writes vividly of teen-agers who overcome loneliness by finding friendship, love and adventure. For the young characters who inhabit the darker worlds of Mr. Zindel's drama, however, salvation is often a much trickier proposition.

The titles of the plays (for instance, The Effect of Gamma Rays on Man-in-the-Moon Marigolds) suggest unequal opposing forces that do battle, and they refer specifically to that most unequal war between a vengeful adult and a trusting child. But Mr. Zindel's teenage protagonists are not necessarily...

More summaries and resources for teaching or studying Paul Zindel.

Critical Review by Laurie Winer from Gale. ©2005-2006 Thomson Gale, a part of the Thomson Corporation. All rights reserved.