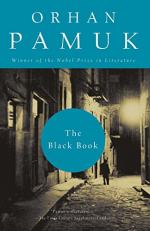 In the following essay, Gün—the English-language translator of The Black Book—addresses the question of why Pamuk appeals to Western readers more than other contemporary Turkish authors.

Orhan Pamuk takes his own portrait of the artist very seriously indeed—as he well should. After all, he's being touted as Turkey's new literary prodigy, putting in a timely appearance on the world literature scene. Turkish literature buffs ask one another: how come? After all, there are other Turkish writers who are as good or better but to whom the world pays scant attention. So, why Orhan Pamuk?

Well, for starters, not only does Pamuk's work sell quite briskly at home; it also translates into English like a dream. Educated at the prestigious Robert College (an extension of...

Critical Essay by Güneli Gün from Gale. ©2005-2006 Thomson Gale, a part of the Thomson Corporation. All rights reserved.